Could you be the next mum or dad entrepreneur? 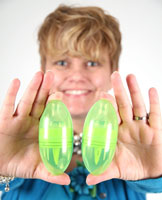 The deadline for the BPA's Concept & Innovation Awards is fast approaching, so if you’ve ever watched BBC’s Dragon’s Den and thought: “I have a fabulous product idea just like that, but don’t know how to develop it!” – we would love to hear from you!

The nursery industry probably attracts more new products ideas each year than any other industry sector and one reason could be that whatever their qualifications or vocation, most people have children at some point in their lives – and that’s where the seed of innovation is often sown.

The BPA’s Concept & Innovation Awards are free to enter and open to all (not just mums and dads!). The only rule is that your creation must either be in the concept or early development stage and must not be available for sale prior to 1st April 2013.

The Concept Award acknowledges products in their visionary phase, so you may just have a drawing or diagram, whilst the Innovation Award is for ideas which have moved further forward and been developed to a potential production stage. Anything will be considered as long as it is for maternity, babies and children under five years – so it could be equipment such as prams, highchairs, nursery furniture or safety equipment; toys, gifts, audio or books and any such related accessories.

The deadline for entry is 19th November 2012 and a shortlist of entries will be selected by judges. These entrants will be invited to present to the judging panel and finalists will be asked to exhibit their product at Harrogate Nursery Fair – the UK’s only nursery trade show – in March 2013, where the winners will be announced.

More information and a downloadable application form can be found on the BPA website at: www.thebpa.eu or contact Julie James at the BPA on 0845 456 9570 or email: info@b-p-a.org