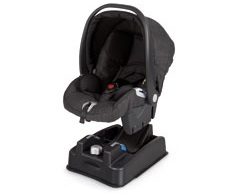 VAT Victory in Budget for BPA and Industry

The Baby Products Association is delighted to announce an industry victory regarding child car seat base VAT reduction - securing the only VAT reduction in this year's Budget.

Announced on 22nd April 2009, the Budget included positive news for the industry marking a success for the BPA's lobbying over the past 18 months.

BPA Chief Executive, Peter White, said: "I am delighted that the tax anomaly has now been eradicated, and that the government has finally seen sense in confirming that child car seat bases will carry the reduced rate of 5%, bringing it in line with the VAT for child car seats. This marks a great success for the BPA and for the industry. The BPA has proved its strength as an association - our collective voice has been heard. This can only mean good things for future lobbying campaigns we undertake for the industry."

The BPA's objectives on the subject were presented at an adjournment debate in Westminster Halls at the Houses of Parliament on 31st March by Bob Russell, MP for Colchester and Chair of the All Party Committee on Road Safety.

In light of the VAT victory, Bob Russell MP said: "This is a positive outcome for the industry - I am pleased that I could be involved in assisting the BPA to bring about this success and have the VAT reduced. Following on from our adjournment debate it goes to show how change can be brought about by having a representative voice in the industry."

It is changes like this that prove how effective having a singular voice in the industry can be.