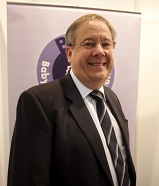 The BPA’s UK Pavilion at Kind + Jugend was a huge success this year and spaces are already filling fast for 2011 with exhibitors rebooking their stands and new companies not wanting to miss out next year.

The Pavilion was a magnet for international distributors and key retailers looking for exciting products.  Retailers were navigated to the Pavilion by the use of floor-stickers throughout all the halls. The meeting and coffee area buzzed with a constant stream of meetings and the networking evening was also very popular.

We invite all companies who are considering the UK Pavilion next year to register their interest with Christel Davidson from the BPA.  Email: christel@b-p-a.org or Tel: 0845 456 9570

In addition, if you require funding assistance for Kind + Jugend 2011 through a solo grant issued by the UKTI’s Tradeshow Access Program (TAP,) you will need to apply via the BPA from 1 April 2011 and not UKTI.

Please find a selection of comments from exhibitors on the 2010 UK Pavilion:

BPA’s infamous BACRA awards have been renamed as part of the collaboration between the BPA and Harrogate Nursery Fair.  They have been renamed the BANTA awards- ‘Baby and Nursery Trade Awards.’  All exhibitors will be eligible to enter the awards.  They will be launched at the industry’s favourite UK trade event, Harrogate Fair’s March show, with the aim of rewarding excellence within the nursery sector.  They will be awarded at the largest gathering of the nursery industry, during Harrogate’s infamous party night on Sunday 27th March. Nursery Today are the major sponsor of the BANTA awards and the categories are to be announced shortly.

The Baby Products Association (BPA) was delighted with the positive reception our Concept & Innovation award finalists received from visitors and exhibitors of The Baby Show for Trade. We would like to thank our awards sponsors, Global Freight Solutions (GFS) for their support. In addition, we would also like to thank Clarion Events for inviting the BPA to partner with their events. We welcome the exhibiting discount they have kindly offered to BPA members exclusively and look forward to working with them on the 2011 event.

The BPA actively promote new product development through the Concept and Innovation Awards. For the finalists of the awards over the past six years, they have proven to be a remarkable channel for promoting and even launching their new products.

The Concept and Innovation finalists were invited to exhibit their products or ideas at The Baby Show for Trade, 10th to 12th October 2010. The four finalists were selected from 63 initial entries and chosen from a group of semi-finalists who made a Dragon’s Den style presentation in August 2010.

The finalists were delighted with the positive reception to their inventions from both visitors and fellow exhibitors alike.  For the judges, deciding the winner of each category was a challenge as the high calibre of entries surpassed previous years.

The winners were presented their awards at an industry party on Sunday 10th October by Simon Veale from Global Freight Solutions (GFS) who sponsored the awards.  GFS is the UK’s premier parcel and carrier management company. They have partnerships with the UK’s top carriers and provide an enhanced delivery service through the use of GFS technology and proactive customer care team. The BPA have partnered with GFS to offer an enhanced parcel management and innovative carrier experience to its members at a discounted rate.

The harness is specifically designed to be highly portable and easy to use. It is not intended to replace a child car seat, but is aimed at the holiday and travel market such as in taxis and coaches, emergencies and unplanned journeys where legal exceptions to UK legislation on compulsory restraints for children exist. The harness has been designed to be compatible for use with an adult seat belt, a lap belt and an ISOFIX system and can be collapsed and packed