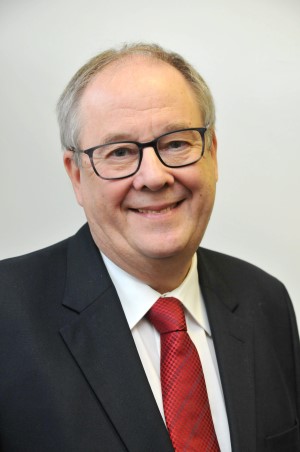 Robert Anslow, managing director of both the Baby Products Association and Harrogate International Nursery Fair was honoured by the British Standards Institute (BSI) yesterday as he was presented with The Wolfe Barry Medal at its annual industry awards. This prestigious award is a ‘lifetime achievement award’ recognising outstanding and sustained impact in a life preserving area of standardisation.

The judges remarked on Robert’s longstanding and dedicated career developing numerous British and European standards with many years as Chair of a number of BSI committees –on the safety of child use and childcare products. He has become a highly regarded and sought-after expert in child safety and has served with distinction on many other CEN and ISO committees and sub-committees. Passionate about this topic, he has a deep understanding of child behaviour and the associated risks, developing new standards or amending existing standards to mitigate these risks as far as possible.

Robert is an exceptional ambassador and contributor to standards and standards making and guides the committee in its work with an inclusive attitude. He is dedicated to creating safety standards that are fit for purpose and has been involved in the development of many test methods that are still used in a plethora of current standards, both British and European.

On receiving this prestigious award, Robert comments: “I would like to thank BSI for this award. It was unexpected – but I have been working in standardisation for a very long time. I remember my very first meeting as a young lad. I turned up late and the secretary at the time told me, ‘You are late, so you have been elected as chairman of the committee.’ Now many years and numerous committees later, I am one of just three surviving members of the first CEN childcare committee; and am heavily involved in International Standardisation under ISO. Child safety is hugely important to me, and I am passionate about the work that we are doing. I love being part of the committees, I enjoy working with all of the managers of the committees – it’s great fun whilst being very serious work too.”