Recognised by the industry 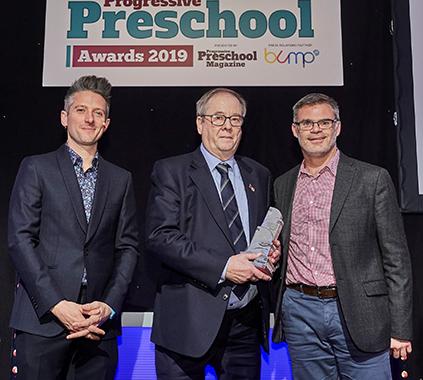 Robert Anslow, managing director of the Baby Products Association, was recognised for his exceptional contribution to the nursery industry yesterday, receiving the Outstanding Achievement Award at the Progressive Preschool Awards in London.

Also, director of Harrogate International Nursery Fair and Harrogate Christmas & Gift, Robert is a staunch supporter of child safety serving on several British and European safety standards committees and acting as an expert witness in coroner’s courts and criminal and civil courts on cases concerning product compliance. He has also worked on patent and copyright problems in the toy and nursery products industry.

Robert’s career in the childcare products industry began in 1971 with his family-owned business Charlesworth Developments manufacturing nursery and toy products. In recent years, Robert has led the Baby Products Association to become a voice of the industry at European level as a founding member of the Europe Nursery Products Confederation (ENPC) where he is now vice-president having served as president for four years.

Rob Willis of Progressive Preschool magazine, which hosted the event, commented: “Robert is one of the unsung heroes of our industry, whose longstanding work indirectly affects most of our day to day businesses without us actually realising it. He is a gentleman who gives generously to charity and goes out of his way to support colleagues in the industry.”